The former Orangerie and Körner Park have had an eventful history since the landscaped gardens were completed in 1916, closely linked to local contemporary events in Neukölln.

The park was named after the Berlin industrialist Franz Körner (1838–1911), who made his fortune with sand and gravel supplying construction sites since 1886. In 1890, he set up a private landscape garden in an excavated gravel pit in Rixdorf. In the precursor building of the Orangerie, Körner exhibited parts of his archaeological collection, including artefacts from his gravel pits in Rixdorf and Britz, such as mammoth bones, as well as objects brought back from a trip to Egypt he made in 1904. Shortly before his death, Körner left the grounds of his private garden to the city of Rixdorf on the condition that a municipal park named after him would be created and that his collection would be exhibited in the Orangerie.

The first design of the neo-baroque garden dates back to 1910 by Reinhold Kiehl, city architect of Rixdorf. Six years later, in the midst of World War I, the garden-architectural complex opened with the Orangerie on the west side. The restoration of the dilapidated park after the end of World War II was slow, and so in 1966 the new city councilor for construction, Friedrich Domeyer, gave parts of the decaying Orangerie to the sculptors Erich Reischke and Barna von Sartory as well as the painter Uwe Ehmke to use as an interim studio space free of charge.

In 1975, a restoration plan was finally drawn up, and in 1977, work began on the elaborate reconstruction, which cost six million Deutsche Mark and lasted until 1983. During the restoration work, the use of the representative halls in the Orangerie were up to debate. Due to a lack of suitable exhibition space for the Neukölln art scene, an agreement was reached on the divided use that still exists today between a gallery run by the Kunstamt (today: Fachbereich Kultur) and a coffeehouse and premises for the Grünflächenamt. Since the 1980s, the painter and sculptor Markus Lüpertz also had his studio in the north wing, which he used until the 1990s. The first exhibition opened in 1983, organized by Dr. Dorothea Kolland, with graphics by Lüpertz which proved to be a great success with the audience.
Kolland designed an ambitious and wide-ranging exhibition programme on a limited budget, with the primary goal of reaching out to Neukölln’s socially and culturally heterogeneous population through a variety of different cultural events. In addition to cultural history exhibitions and educational projects, the main focus of the gallery’s program was on visual art. Both renowned and lesser-known artists were represented, and a variety of artistic genres was shown.
In 1984, the American Minimal Art artist Carl Andre filled the interior of the gallery with an installation of glass concrete blocks, while on the terrace 300 square steel plates were installed. In the same year, Kolland initiated the project series “Flughafenstraße” (1984-1986/1988) to promote collaboration among young artists based in Neukölln, including Frank Dornseif and Michaela Holzheimer, who had their studios in the Pinofabrik on Flughafenstraße.

Another area of focus included international cultural exchange, with art from the East being shown even before the fall of the Wall (“Georgian Artists,” 1986; “Postanowka,” set designers from the USSR, 1988; Printmaking in the GDR, 1986). In 2007, the gallery invited two artists to a residency as part of the “ReCup” project: the Ghanaian artist Socrate Safo and the Beninese artist Dominique Zinkpè spent a few months in Neukölln and, together with artists from the local African diaspora, held environmental education workshops for school classes.

Today, Galerie im Körnerpark is one of the most renowned exhibition venues for contemporary art in Berlin. 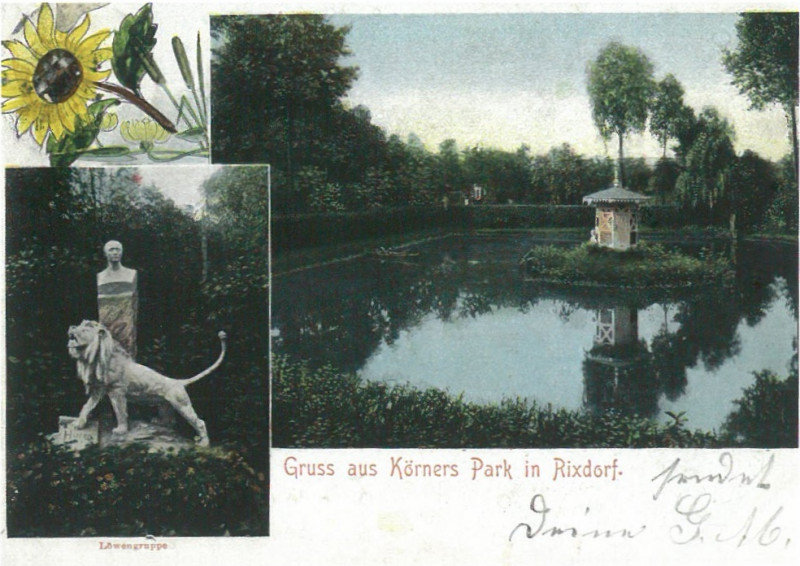 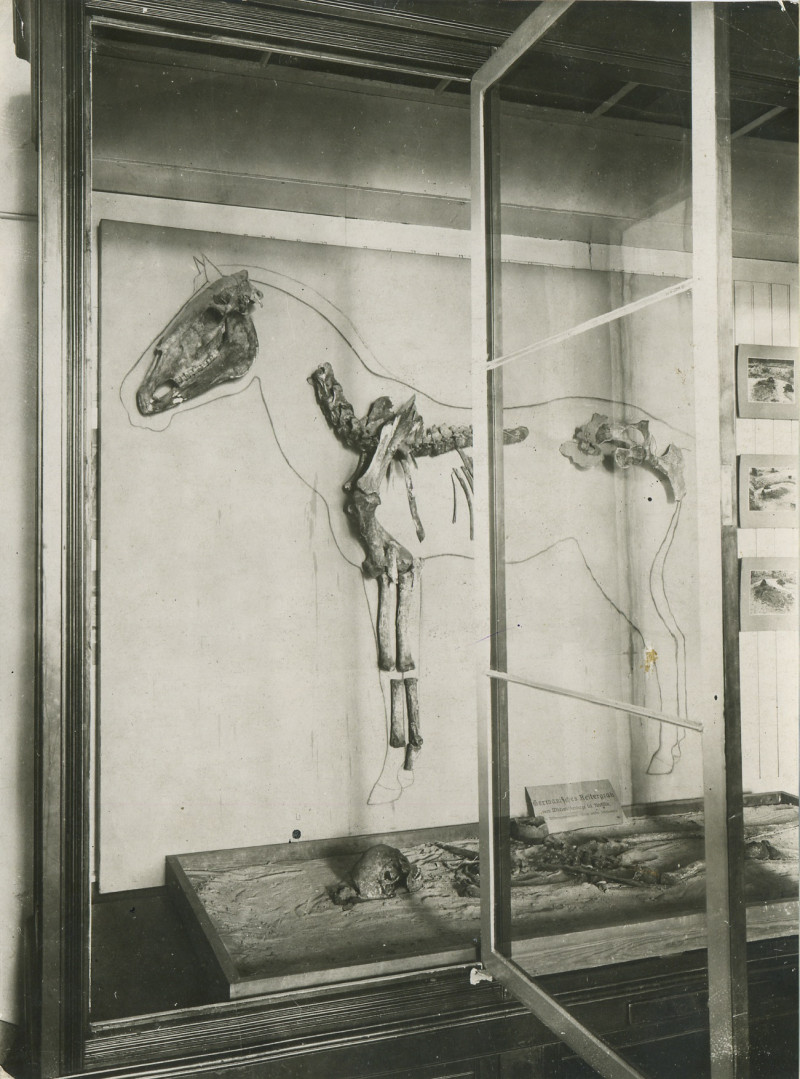 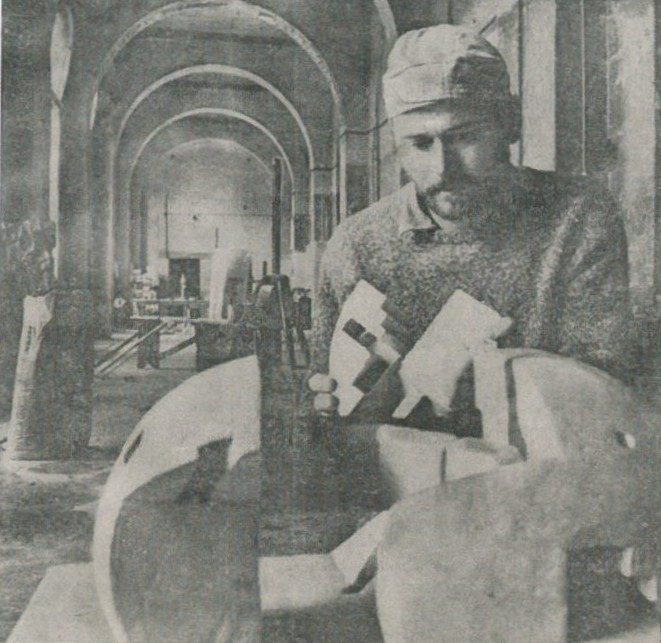 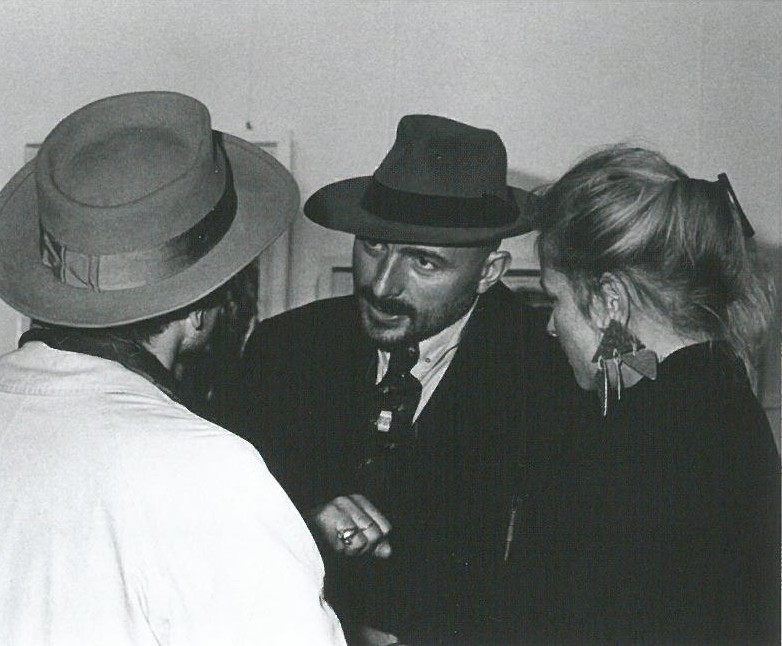 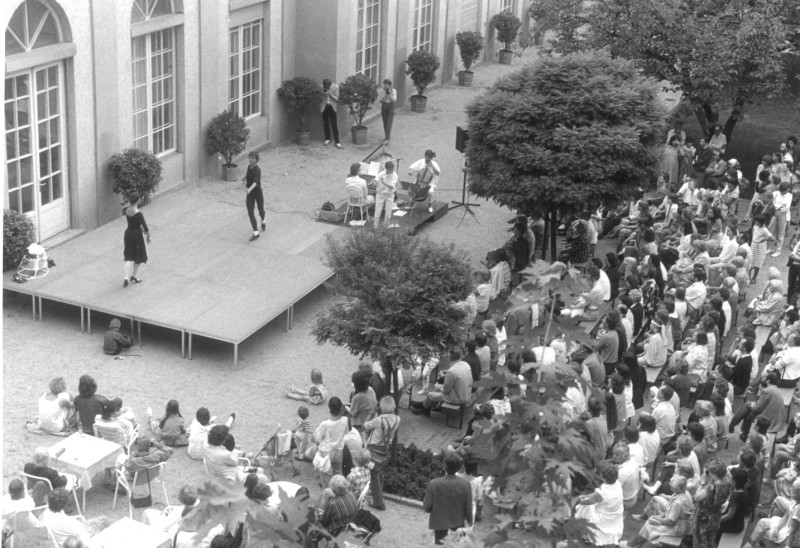 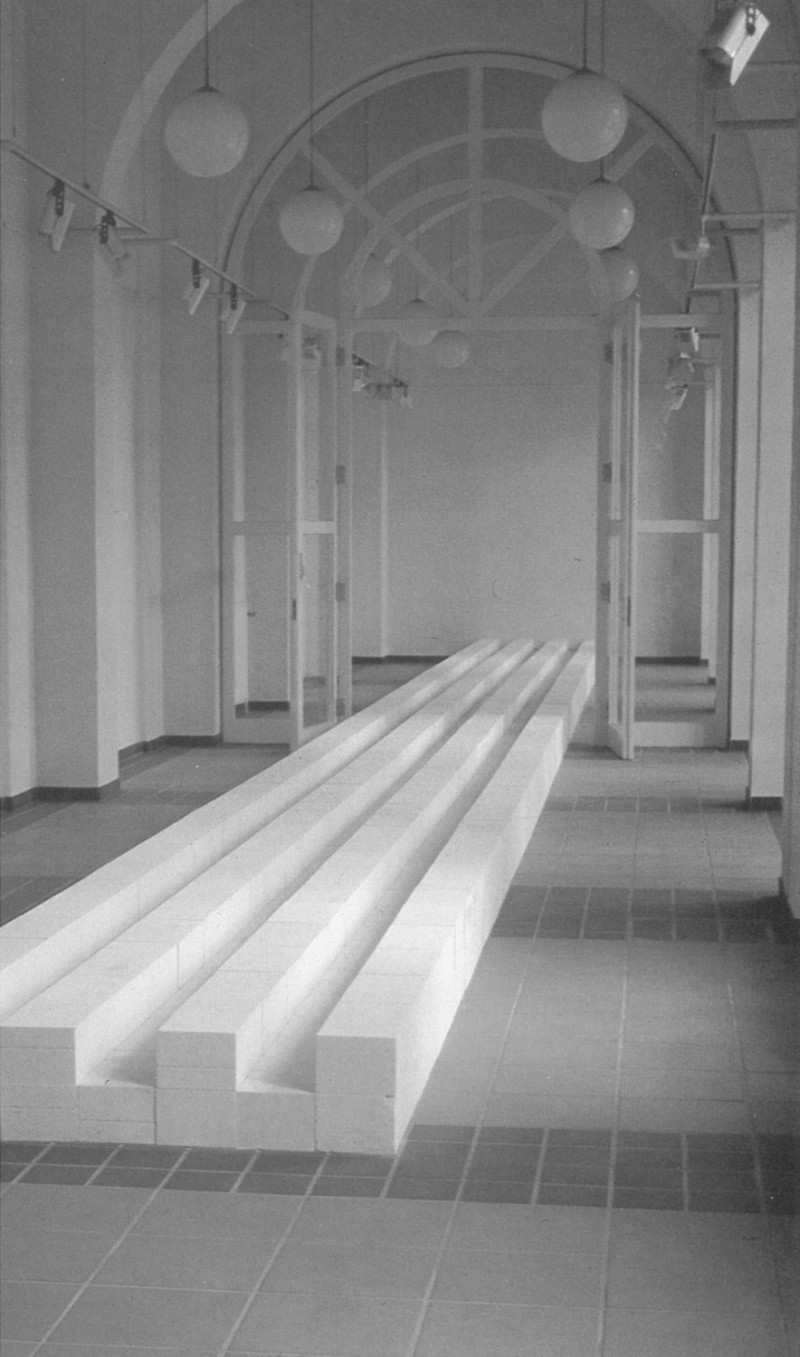 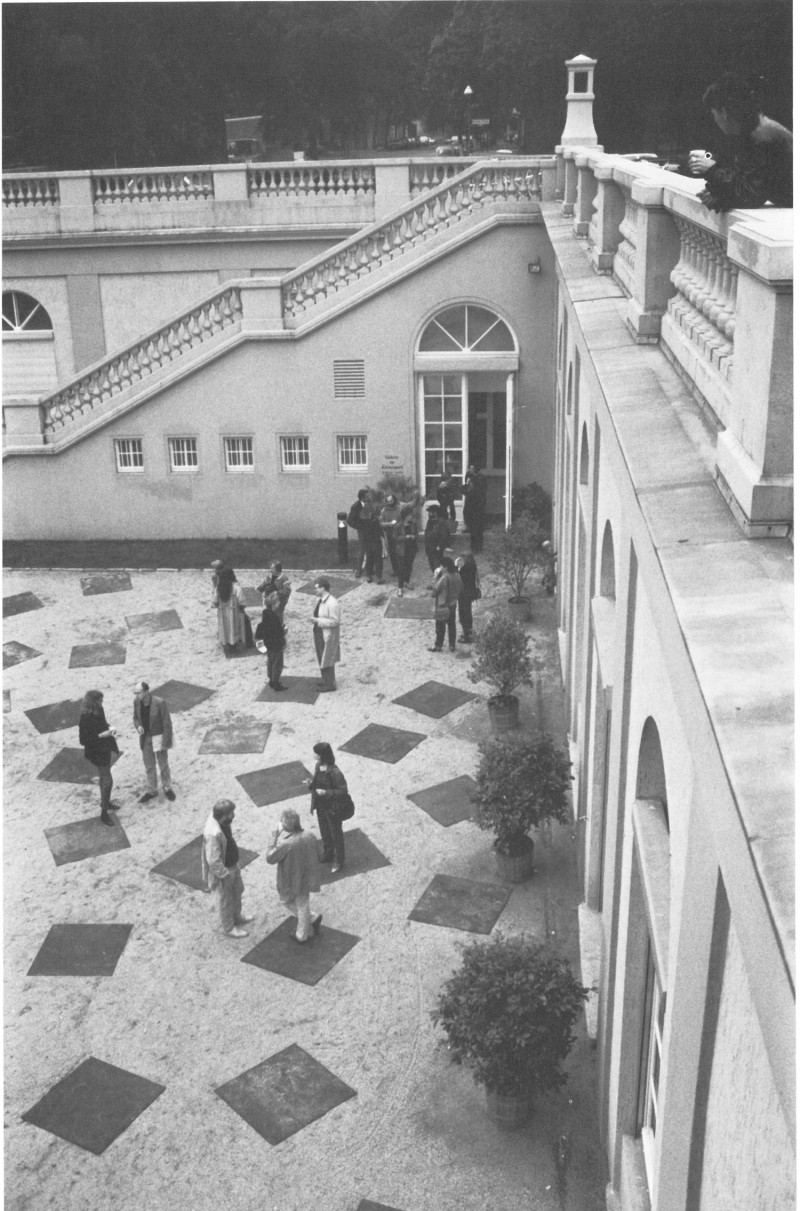 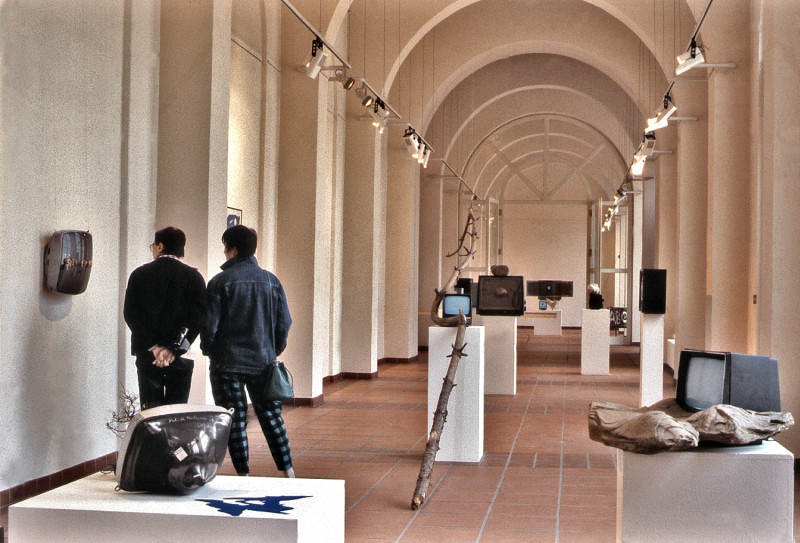 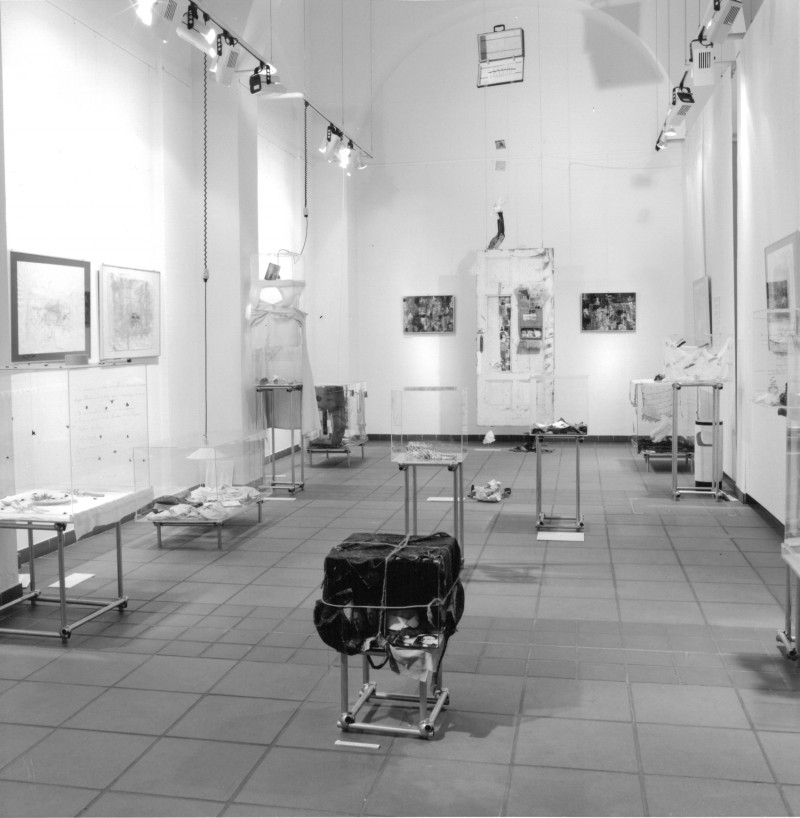